Previous product Product 47 of 55 Next product 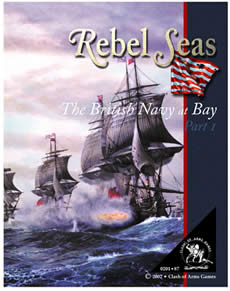 The British Navy at bay - part one.

Its 20 scenarios cover naval actions in American waters during the American War of Independence. They range from one-on-one frigate actions to grand fleet engagements with over 20 ships of the line on each side. Each scenario contains the same level of research and commentary found in Close Action.

Rebel Seas is the first of three books spanning the years 1774-1792. The other volumes will treat the struggle for India (Monsoon Seas: Suffren's Campaign for India) and England's blockades of its Continental foes (European Seas: The Lifeline of Empires).