Previous product Product 705 of 946 Next product 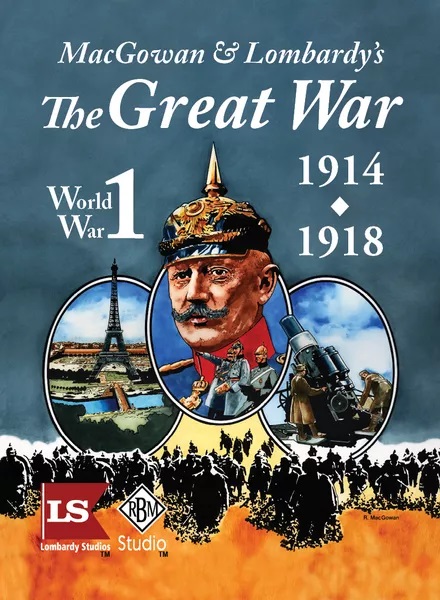 The Great War is a two-player and solitaire card game about World War One (1914-1918). One player represents the Central Powers side and the other player the Entente Allies (or simply “Allies”) side. Card backs, Decks & Discards play mat, and many of the playing cards work Adventure Gaming Industry Hall of Fame graphic artist Rodger B. MacGowan. These noted by Rodger’s copyright ©. Two complete 54-card decks of playing cards (Red and Blue decks) provided with 13 standard playing cards (Ace, King, Queen, Jack, 10 through 2) in each of four suits: Hearts, Diamonds, Clubs, and Spades. These two decks each also have 2 Jokers. These playing cards can be used to play traditional card games such as poker, solitaire, etc.

TGW uses one ten-sided die (1d10) to keep track of Turns and one six-sided die (1d6) to resolve random events.