Previous product Product 158 of 175 Next product 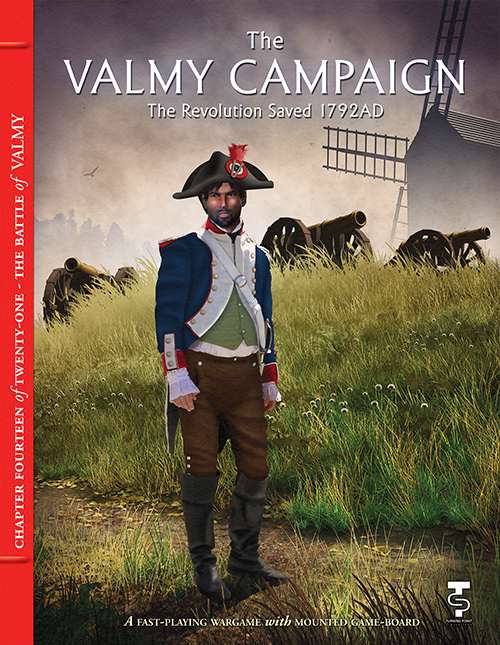 Valmy is little known. No big-name, famous generals were there, with the most status going to the father of the Kellermann who would lead a cavalry charge at Marengo a generation later. Yet, Napoleon himself made that father an honorary Marshal of the Empire, with the title, “Duke of Valmy.” Because Napoleon knew that, put simply, Valmy could have marked the end of the French Revolution.

The Valmy Campaign is one of the turning points of history... the end of the old quaint style of warfare under Kings and the beginning of the mass levies begun in the French Republic. It pitted the unproven revolutionary armies against the troops of Prussia, still living with the reputation gained under Frederick the Great, and aided by a coalition of Austrians, Hessians, and French Royalists... an army headed for Paris to put down the revolt once and for all.

And yet, the final battle itself was a minor affair. The Prussians had nearly cut off the French army. Kellermann (who was not the overall commander!) led a picked force (and the best artillery in Europe) to a key raised location, shouted "Vive la Nation,” and the Prussians made a few lame attempts to take the high ground and then retreated...all the way back across the Rhine as their army was plagued by shortages (and fearful of what the Russians were up to in Poland).

While there were no really famous generals at the battle, there was a famous writer and poet - Goethe was there. The creator best known for “Faust,” said of the battle to his dejected soldier friends: "From this place, and from this day forth begins a new era in the history of the world, and you can all say that you were present at its birth."

Valmy may be the least known of our 20 decisive battles of the world - but might most deserve the title.