Previous product Product 66 of 378 Next product 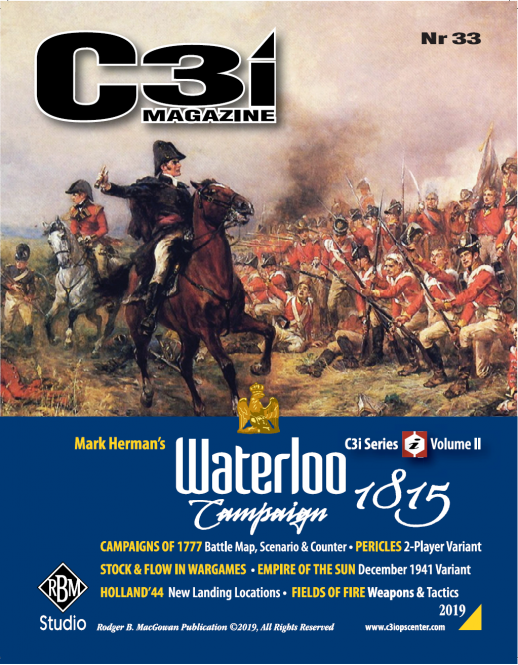 • Close to 100 pages of content, C3i Nr 33 features a meaty 67-page magazine, 24-page rulebook and playthrough manual, and "The Waterloo Campaign 1815," the second volume of the C3i Series, designed by Mark Herman
(including 22x34" map and counters)
• Articles on boardgames Holland'44, Empire of the Sun, Fields of Fire, Campaigns of 1777 and more!
• Inserts for The Battles of the American Revolution Series, SPQR Deluxe, Empire of the Sun, Twilight Struggle and others!