Previous product Product 2 of 52 Next product 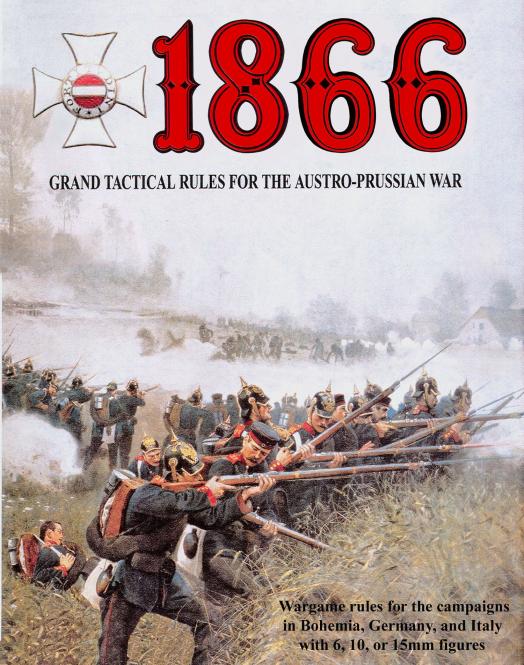 1866 is development of the popular 1870 and 1859/64 rules tailored specifically for the Austro-Prussian War, including the Bohemian, German and Italian theaters.