This online shop is using cookies to give you the best shopping expierience. Thereby for example the session information or language setting are stored on your computer. Without cookies the range of the online shop's functionality is limited. If you do not agree, please click here. x
You are here: / Tags / Cdg
Back to overview

Previous product Product 11 of 48 Next product 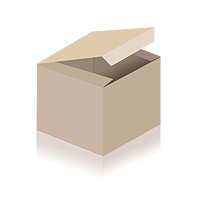 Caesar: Rome vs. Gaul is a fast-playing, easy-to-learn, two-player card-driven game on Caesar’s conquest of Gaul. One player plays Caesar as he attempts to gain wealth and fame in Gallia at the expense of the Gauls. The other player controls all the independent tribes of Gaul as they slowly awake to the peril of Roman conquest.

The game covers the height of the Gallic Wars, the period between 57 BC and 52 BC when Caesar campaigned back and forth across Gaul putting down one rebellion after another and invading Germania and Britannia. Units are individual Roman Legions or Gallic Tribes. Each turn represents one year.


Interview between Christian Diedler (UGG) and Mark Simonitch (GMT) about the new GMT-Title Caesar: Rome vs Gaul from 08-16-2020.

C: Hi Mark, do you like to answer some qustions about your latest Caesar game?

M: Thank you for your interest in Caesar. I would be happy to answer your questions.

C: Hi Mark, nice that you as a busy man have some time to answer questions about your new design Caesar: Rome vs Gaul. First of all for our custumers who are not familiar with you, please tell us about you and how you are involved in game industry.

M: I've been an avid player of historical simulations since the age of 10. In my early teens my brother and I played all the old Avalon Hill games -- Battle of the Bulge, D-Day, Gettysburg, Waterloo, Stalingrad, etc.

I have a degree in Graphic Art Design from San Luis Obispo, Polytechnic State University.

In my early 30s I started doing maps for Strategy and Tactics and GMT on a free lance basis. That lead to a job at Avalon Hill in 1995. I stayed there about 2 years and then moved to Texas to return to the Graphic Arts industry. That didn't last long and soon I was hired on at GMT as a graphic artist. I've been there ever since.

At GMT I'm in charge of the art of the game components, but I also have some time to work on my own designs.

C: Why do you chose to do a Caesar game?

M: In my 30s I read Caesar's book on his Gallic campaign and loved it. I've been wanting to do a game on this topic for about 30 years. About 20 years ago, after working at Avalon Hill and designing Hannibal and co-designing Successors, I started the project. It turned out to be a tough game to design -- most of my solutions were either very boring for the Gallic player or too dependent on the outcome of a single battle between Vercingetorix and Caesar. I would set the project aside for years at a time while I worked on other designs like Ardennes '44 and Normandy '44.

About 3 years ago Mitchell Land (the developer of the Next War series of games) wrote me an email and asked if there was any project I had that he could help me with. I mentioned that I needed help with the game and he volunteered. He became my developer and helped me find the solutions to the design problems and motivated me to finally finish the design.

C: In comparison to your famous games Hannibal and Successors, what is similar and what is different to Caesar?

M: The game is very similar to Hannibal: Rome vs Carthage except the OPS number on the cards are now Action Point numbers, and each Action Point can be used to move a General. In Hannibal you could only move one General at a time unless you played a Campaign Card, now every card with 3 Actions Points can move 3 generals. There is a lot more movement and sieges in the Caesar game.

The other important difference is sieges are now influenced by the force ratio between the defender and attacker. So a siege can be conducted quickly if you have a favorable ratio of strength, and take a very long time if you don't.

From Successors I took the combat system where both players tally their combat strength and roll dice and consult a Battle Table. The result of the combat table determines the number of hits on the opposing army. The player who achieves the most hits wins the battle. The commanding leader's Battle Rating determines the number of rerolls a player may use when he is using the Battle Table.

C: What part of Caesar you are most proud of?

M: I'm really proud of the event deck. It has really nice art from Paweł Kurowski and the events present interesting choices. To win the game you have to squeeze as much advantage as you can out of every Action Point or event. I'm also very proud of the map -- Chechu Nieto did the art and it looks gorgeous, but the map also reflects a huge amount of research. Determining which tribes to represent, how large of area to give them, and naming every space was a challenge.

C: Concerning complexity, do you think its easy to get into? And what about replayability and playing time?

At conventions I was able to teach players in just a few minutes and get the game going. As a siege or battle would take place I would explain that procedure. At the end of the first turn I would explain the Winter Phase. By the start of the second turn they were playing the game confidently.

As far as replayability every game will be very different because of the random dealing of event cards and the random drawing of the three starting Gallic Tribes. There are 21 different tribes and 55 different event cards. The playing time is about 3 hours.

C: Is there something, which you first used in this game or is there a unique feature?

M: Yes, Fortified Towns and Command Ratings. One of the major design problems I had to solve in this game was to give a large concentration of Gallic tribes an Achilles Heel or vulnerability. In the early stages of the design once the Gallic player assemble a large concentration of tribes it became impossible for Caesar to fight it. The vulnerability I decided on came in two rules. The first rule is every tribe has it's fate linked with it's Fortified Town. When a tribe comes into play you also place a Fortified Town marker in it's province. If one is eliminated (either the tribe or the fortified town), then so is the other.

The second rule is a handicap--generals are rated on how many tribes or legions they can carry efficiently. If a general carries more tribes or legions than its Command Rating then it must pay an additional Movement Point to move along a path. The command rating of all tribal leaders (with the exception of Ambiorix or Vercingetorix ) is 2. So the Gallic player can move up to two tribes three spaces, or a stack containing three or more tribes only one space. This situation improves when Ambiorix and Vercingetorix arrive with better command ratings. These two rules gives Caesar a chance to defeat even the largest uprising.

C: Thanks Mark for taking the time. I wish you, that the game will become as successful as Hannibal or Successors. Good luck for the future and as we say nowadays more than in former times: Stay healthy! Thanks for the interview.