Previous product Product 639 of 818 Next product 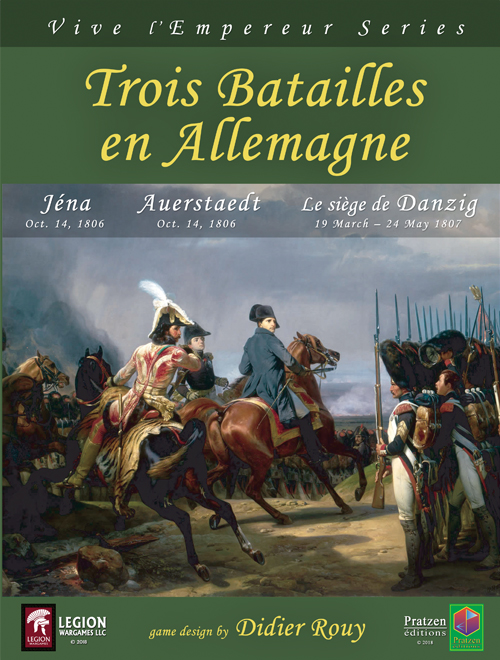 Jéna, fought on 14 October 1806, is the turning point of the 1806 campaign against Prussia. Eventually a crushing French victory, starting in the fog by Lannes engaging a single Prussian division under Tauentzien, it escalated into a full battle against Hohenlohe and half of the Prussian army, at first not fully grasping what he was facing, engaging his army piece-meal. While starting outnumbered, the French are at the top of their military value and the masterful concentration of the army during the day makes Jéna the epitome of victories.

Auerstaedt, was fought on the same day, opposing Davout and his Third corps to the main Prussian army under Brunswick and the King of Prussia. An unexpected battle, as more troops enter the battlefield on both sides, a masterpiece where Davout earned his title of Duke of Auerstaedt.   At the end of that day, the two Prussian armies, both beaten in this double battle, join in a common rout, followed by a legendary pursuit lead by Murat to the destruction of the arrogant Prussian army in a few weeks.

Both battles comes with many what-ifs and a total of 15 scenarios, using troops from both armies not historically engaged. Several scenarios give finally a real chance to the unlucky Prussians.

Le siège de Danzig, simulates the siege of the great fortress of Danzig between March and May 1807, between the Eylau part of the campaign of Poland and its conclusion at Friedland. It is played on two maps, an operational map of the region of Danzig, using the regular Vive l’Empereur rules, and a siege map where the French player will build a siege network to get closer to the mighty walls to breach them. A lot happens on both maps, sorties, relief Russian forces under Kamenski, the Danzig morale that conditions victory goes up and down depending on the progress of the siege works and other events. The players will have to be patient, the siege can be won or lost on the last turn of play.