Previous product Product 551 of 830 Next product 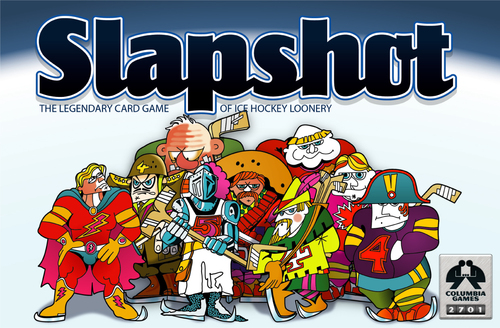 Slapshot is a wheeling, dealing game for hockey fans. Each player assumes the role of team manager. The object is to skillfully manage your team into the playoffs and then win the championship. During the regular season you can improve your team with drafts and trades, but injuries can upset the best of plans. Ultimately, your skill as manager determines if your team wins or loses.

Slapshot was originally designed by Tom Dalgliesh and published in 1975 under the name Team by Gamma Two Games. The game has been printed under license several times since.