Previous product Product 815 of 1288 Next product 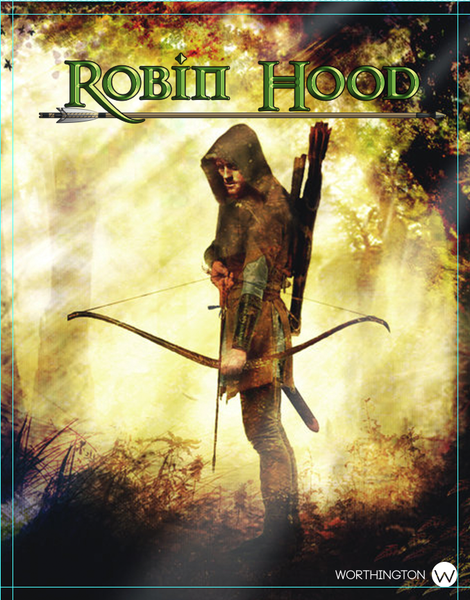 Medieval England has many Legends and Myths. One of the most enduring of English folklore is Robin Hood, legendary Outlaw archer and champion of the common people.

Robin Hood is our two-player game that brings all the action of Medieval England into play. It uniquely blends traditional Medieval soldiers like Knights, Pikemen, Archers, etc. in movement and battle with role playing characters from the Robin Hood saga.  Designed by Damian Mastrangelo with stunning art by Chris Rawlins.

One side marshals the forces of the Sheriff of Nottingham led by the Black Knight. He leads Knights, Normans, Pikemen and Archers in Pursuit of Robin Hood and into Battle . The other side is Robin Hood and his band of Merry Men who raid the Sheriff's castles and Rob his gold wagons.  Each side has strengths and weakness. These forces contest each other in a power struggle to gain the most gold to support their causes.

And GOLD can be gained or lost in many ways.

The game includes a unique blend of Medieval soldiers with Knights, Pikemen, Archers and Merry Men engaged in movement and Combat, while it has a role playing element depicted by the characters such as Robin Hood, the Sheriff, Marian, etc. The Characters can do medieval movement and combat like the soldiers and much more. They can Duel each other when they meet in battle.  They can be Captured. They can be Rescued. And they can be Executed.

There are two categories of playing pieces, characters and soldiers.

The characters are Robin Hood, The Sheriff of Nottingham, The Black Knight, Marian, Little John, etc. These are represented by both a card and individual game piece. The cards track health and execution timing.  The game pieces are on the game board when in play.  These are the only pieces that can target and duel each other during a battle. Robin Hood characters can be captured and executed by the Sheriff player.

What's in the Box: