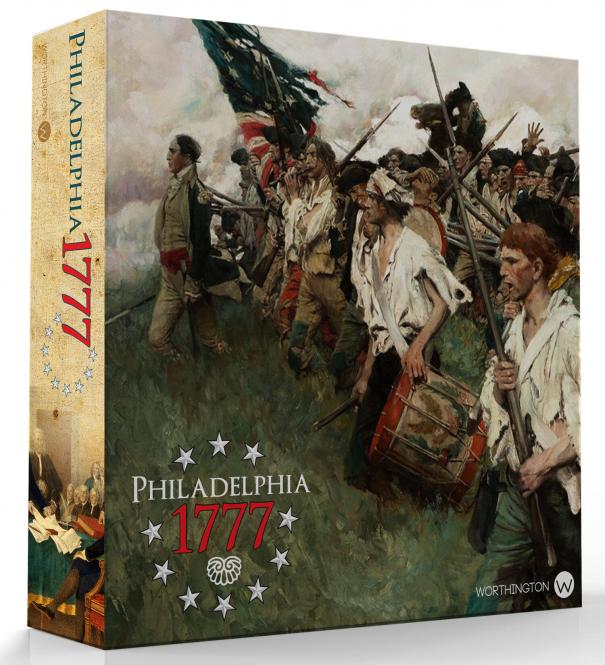 WHAT’S PHILADELPHIA 1777: PHILADELPHIA 1777 is a war game about the American Revolutionary War campaign led by British General Howe against the American colonist led by General Washington. It is a point to point movement war game using blocks with labels for the military units. The game is a continuation of the series Campaigns of the American Revolution, and uses the rules and system from the series previous games, New York 1776, Trenton 1776, and Saratoga 1777.

Each turn both the American and British player will receive activation points with which to activate either groups of blocks moved by a leader, or individual blocks. When blocks of both sides end a move in a location together then a battle occurs.

The game has some excellent historical “chrome” mixed in.

There are lots of great strategic decisions for both sides in the game. Best of all it plays in 2 hours so you have time to play two games in an evening.