Previous product Product 105 of 830 Next product 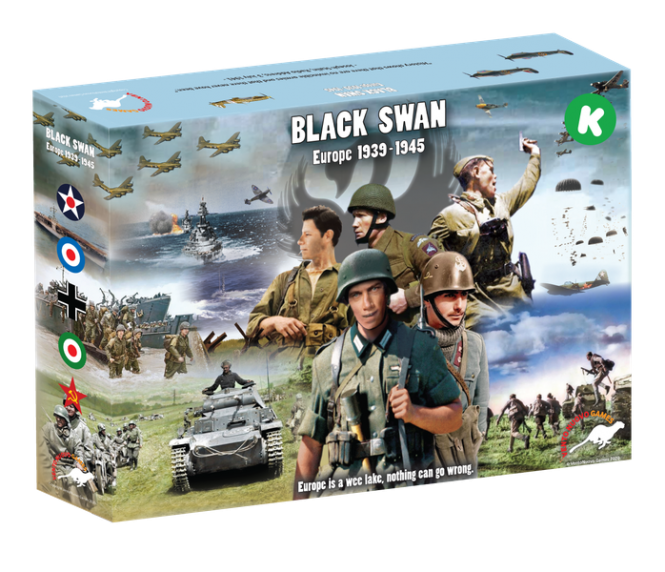 Black Swan is the new block wargame covering WWII in Europe from 1939 to 1945.

Black Swan is a game for 2-5 players with great solitaire suitability.

As in all other block games, both the Fog of War and Unit strength reduction/increase by rotation drive gameplay in Black Swan, as a player cannot know the identity or the strength of an enemy block until it is revealed in combat.

Black Swan is an historical game with some fixed starting points, but the outcome is completely unpredictable, and despite the historical result, the Axis Side (Germany and Italy) can defeat the Allied Side (France, Great Britain, US and the Soviet Union).

With over 220 unit counters, players can enjoy hours of fun by playing the full Black Swan Campaign from 1939 to 1945, the shorter 1941-1945 Campaign, or by playing one of the other scenarios. Each scenario has a different difficulty level, rated in brackets from 1 (Very Easy) to 10 (Very Hard):