Previous product Product 155 of 175 Next product 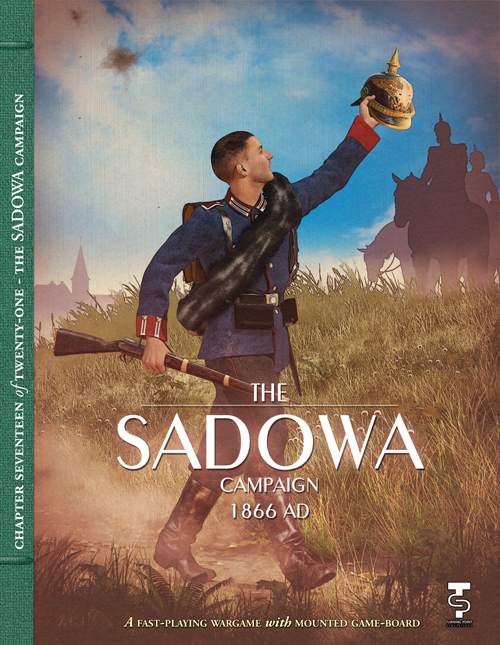 As we have mentioned before, there have been many lively discussions about the validity of the choices Creasy/Mitchell made for a short list of battles throughout western history. Perhaps the selection of Sadowa-- an unheard of campaign from an almost overlooked war (Austria vs. Prussia, 1866)-- prompts the most vigor.

And yet, one could make the case that Sadowa is the single most significant battle in the entire book, with ripples that had enormous impact over the next century. If the Austrians had won at Sadowa, it is unlikely World War 1 would have happened as it did. Take away WW1, and is there a WW2?

Backing up this bold statement, remember that 1866 sees Prussia as a rising German state among still scattered principalities. Austria and France were both uneasy at Prussia's growth. If there was to be more German unification, the Austrians expected to be the central player, and in fact the French made an ultimatum to Prussia and nearly joined in this war on Austria's side (probably better for them if they had!).

Once the war began, history watched fast-moving Prussian formations defeat or outwit stumbling, hesitating Austrian forces. Oddly enough, the Austrian overall commander was one person in the country who did not want this war, moving slowly (too slowly to support his Saxon allies, who were quickly knocked out of the war) and placing his superior forces into defensive positions where they still suffered defeats. He suggested to the govern- ment that they needed to make peace ASAP, then misinterpreted the response as a direct order to "make a stand." He selected favorable terrain, up against the Elbe between Sadowa and Königgrätz (the two names the battle is known by). And waited.

Outnumbered nearly 1-2, the Prussians attacked anyway. While the Austrian artillery was far superior, the Prussians were using breech-loading rifles and infantry tactics that supported both movement and prone firing. Though they took heavy losses, attacking kept the initiative out of Austrian hands, and when Prussian reinforcements evened the odds, the battle was over. A series of bold Austrian cavalry charges allowed the army to withdraw (it was still that kind of warfare) but the war's outcome was only a matter of time. Prussia ended up stronger, the French more envious, and the seeds of 1870 were planted.

Our Sadowa campaign lets players explore the options open to both sides. Initiative is key and can allow one side the chance to make several partial moves in a row, thus capturing the sweeping moves each side made (or tried to). The Prussian player has further options, like bringing in his superior General HQ (and all the drama of the Prussian court), or choosing "foraging" tactics which simplify his supply but cost him victory points (for the damage this does to his army).