The Siege of Orgun, Afghanistan 1983

Previous product Product 21 of 25 Next product 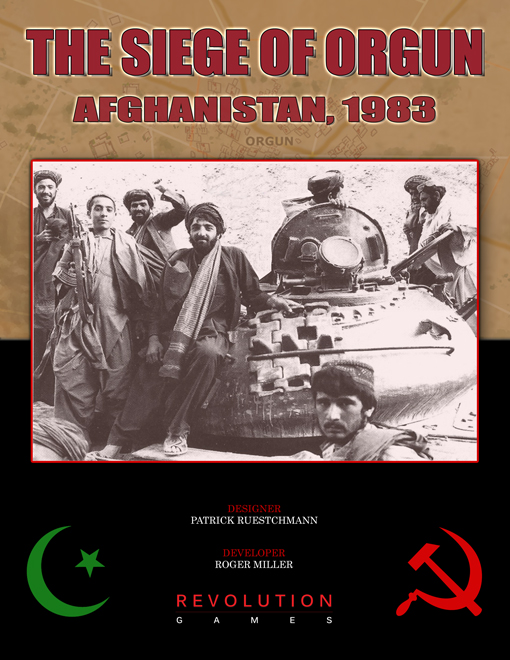 Orgun, Afghanistan 1983 - a strategic valley in the Paktika Province close to the Pakistan border. A large group of Mujahideen (800 strong) assaults fortified positions, including an airfield and a 19th century fortress, protected by a regiment of the Afghan Army reinforced by Soviet forces.

Area-Impulse system: fast and well-known combat resolution and activations. Interactive play with limited downtime between players. This is a card-assisted system for the element of surprises, helping to fit in the historical events into the game (soviet counselor, night assaults, radio jamming...). Low counter density. Minimal usage of markers.