Previous product Product 9 of 25 Next product 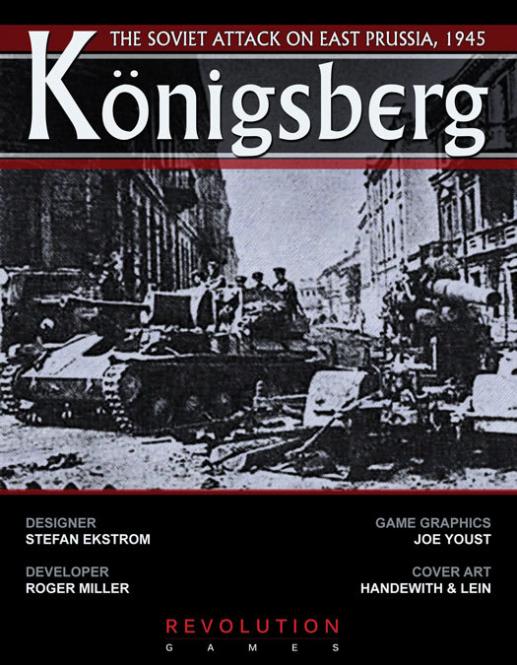 Konigsberg: The Soviet Attack on East Prussia, 1945 originally produced in limited quantities by 3 Crown Enterprises. Revolution Games will be updating this fine game with new art, testing, and development.

Covering the Soviet attack in East Prussia in 1945. The game handles the 20 first days of the attack starting on the 13th of January 1945. The 3rd Belorussian Front under command of Cherniakhovsky launches an attack into the northeast of East Prussia while the 2nd Belorussian Front, commanded by Rokossovsky, one day later starts an attack from the south east. However, Army Group Mitte, under the command of Reinhardt, puts up an astonishing defence desperately pushing the Soviets back.

The time is however on the Soviet side and when the defence finally crumbles there is nothing left to withstand the Soviet troops to ravage the country.

Königsberg is easy to learn yet a challenge even for the more experienced players. It is built around the same system of rules that have shaped both Plan West, and Army Group Narwa.

The game uses a chit pull system telling you which armies to move. Each turn is two days and the game has 10 turns.