Previous product Product 362 of 371 Next product 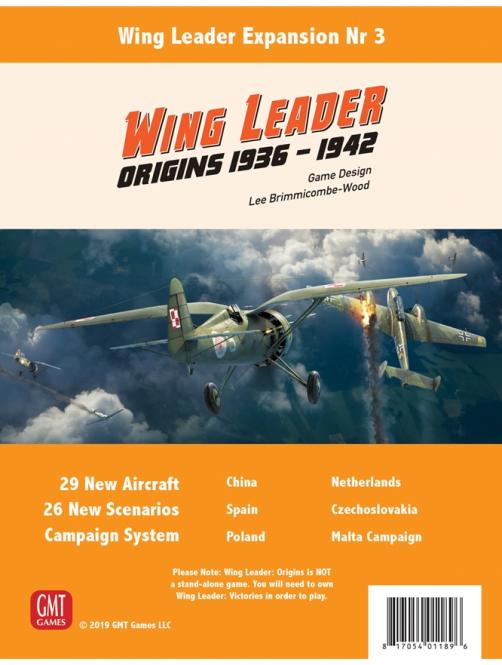 Wing Leader: Origins 1936-1942 is the third expansion for GMT’s Wing Leader system. Origins dives into the thrilling battles of the inter-war and early-war period. This expansion matches biplanes against fast monoplanes in combat over Spain, China, and Poland. Nationalist CR.32s face off against ‘Red’ I-15s over Madrid. Soviet volunteers fly ‘Chaikas’ against Japanese ‘Claudes’ above China. Bf 109s dive into streams of British Wellingtons, Halifaxes, and Manchesters while defending battleships in Brest.

In addition to new aircraft and scenarios, Wing Leader: Origins features a whole campaign system, recreating two days of the German and Italian maximum effort against Malta in 1942. Titled Malta Spitfires, the campaign simulates the tough attrition battles over the islands.