The Battle for Normandy Expansion

Previous product Product 42 of 378 Next product 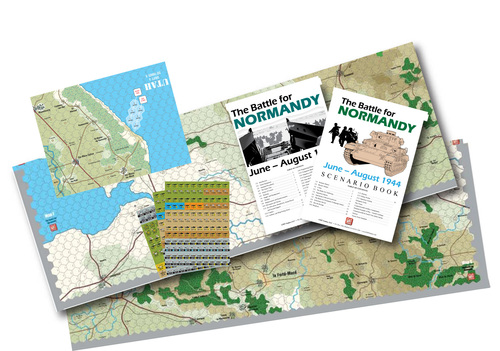 This Expansion Set for The Battle for Normandy allows players to extend the campaign game to the end of August, but most importantly includes the area for the Mortain and Falaise Pocket scenarios.
Counters are included to fill out Allied and Axis Order of Battles to the end of August, and also include specific breakdown counters for AT, SP AT, and mechanized infantry.
The Full Color Rules & Scenario books are updated and comprehensive, and include all original rules and scenarios plus all optional rules, and 6 new scenarios.