Previous product Product 87 of 306 Next product 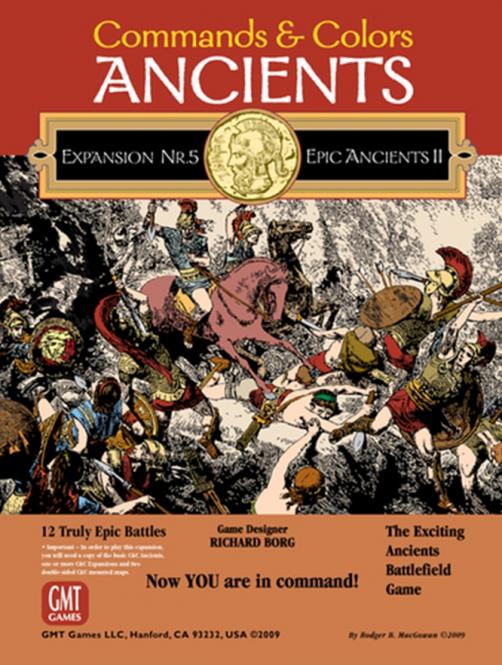 Players now maneuver their armies over a double-sized map made by combining two mounted maps on their Epic Ancient sides.

The Command & Colors: Epic Ancients II game allows up to eight players to experience the competitive fun of a large sized ancients battle, but we know many enjoyed Epic Ancients as a two-player game, even though the battles last longer than a single map Commands & Colors game. Try it both ways and see how you like it!

Important: In order to play the scenarios in the Commands & Colors: Epic Ancients II expansion, you will need a copy of the basic Commands & Colors: Ancients game and the other expansions, especially Greece and the Eastern Kingdoms, Expansion Nr. 2/3 Rome vs The Barbarians and The Roman Civil Wars, and a second C&C Ancients mounted board.