Previous product Product 61 of 376 Next product 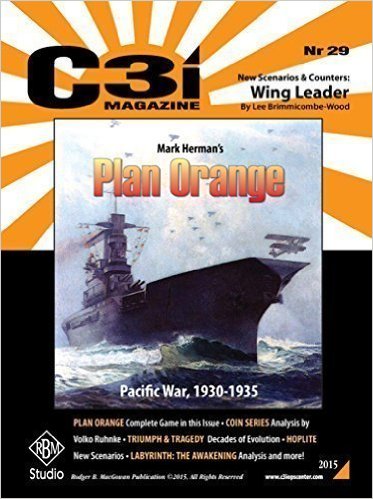 C3i 29 comes with several changes. First of all the Magazine is now released by RBM Studio directly. UGG continues to sell it under the label GMT for traditional reasons.
Furthermore the magazine has an increased Price due to increase production costs of RBM Studio. :
We quote from the press release of RBM studio to the shops:

The standard MSRP has increased to $40 USD, reflecting recent changes to the magazine’s contents.
For this upcoming Issue #29, we will include a standalone solo-game called “Plan Orange,” designed by award-winning game designer Mark Herman. We anticipate including such offerings regularly in the future, so we expect a greater appeal for the entire package.