Previous product Product 45 of 125 Next product 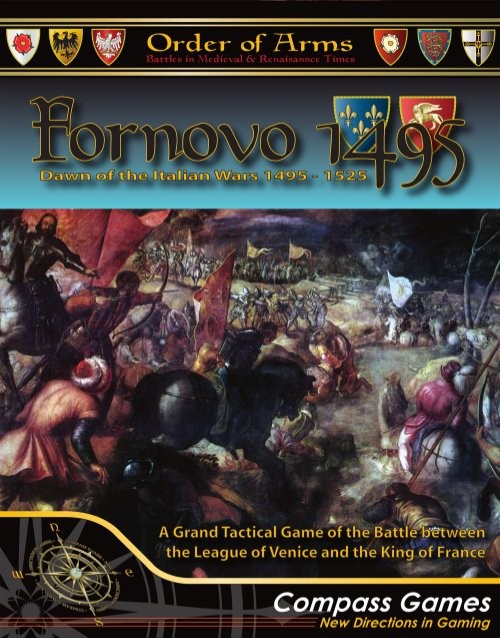 Order of Arms is a simulation game of battles from Medieval & Renaissance times; from Hastings in 1066, to Pavia in 1525, a period that featured the mounted armored knight before the rise of wide spread professional infantry armies. Players take the role of the Field Commander of an army of the period, attempting to fulfill victory conditions using mounted and foot arms of the period.

Fornovo 1495, the first game in the series presents the battle fought between the French Army of King Charles VIII, and the Condottieri forces of the League of Venice under the command of Francesco II Gonzaga of Mantua. The game features the Historical Battle as fought by Francesco Gonzaga across a rising Taro River, a free-set up version, and a what-if scenario that portrays the Italian fear of a French drive on Parma.

2 Countersheets with both long and square counters