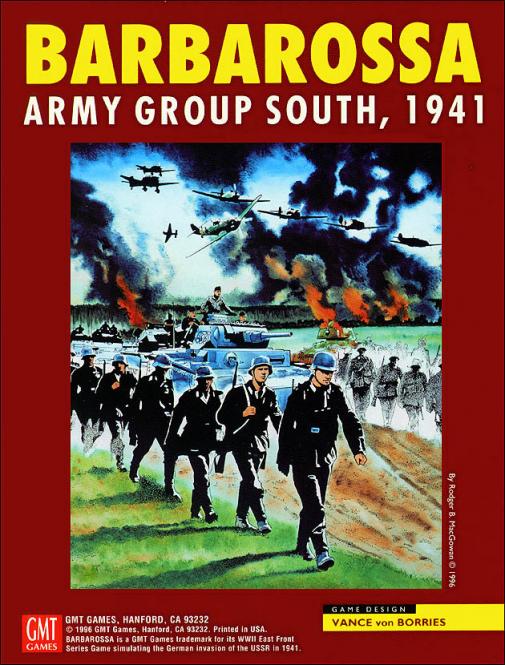 REPRINT NOTE: For the Reprint edition, All internal components will receive the same full color treatment that we presented in Barbarossa: Crimea. We will also be adding naval rules, two new 11x17 scenario cards, and new player aid cards.

June 1941 -- the German juggernaut rolls over the Soviet Army. As the tally of encirclements and surrenders mounts, the German advance appears unstoppable to Hitler and many others. However, the officers and men at the front are beginning to have serious misgivings -- not in themselves, but in the pre-war intelligence estimates that they had received. They had not been prepared to encounter hundreds of KV-1's and T-34's, tanks far superior to anything they possessed. For the moment, German tactics provided the margin of victory over better material, but the Russians were proving to be quick learners. Worse yet, by western European standards, Russian losses had been so staggering that there should have been no army left to fight. Not so. There seemed to be no end to these tenacious Russian defenders. As the German forces continued their eastward advance, more and more soldiers began asking, "What have we gotten ourselves into?"

Kiev, the first major German objective in the south, did not fall on schedule. In fact, Soviet resistance was so fierce that it required diverting Guderian's Panzer Group away from the advance on Moscow. Kiev fell in one of the greatest encirclements of the Second World War, but the German advance on Moscow was delayed for several critical weeks. Quite possibly the delay at Kiev might have cost the German forces victory in the battle for Moscow.

NUMBER OF PLAYERS One to four