Previous product Product 435 of 848 Next product 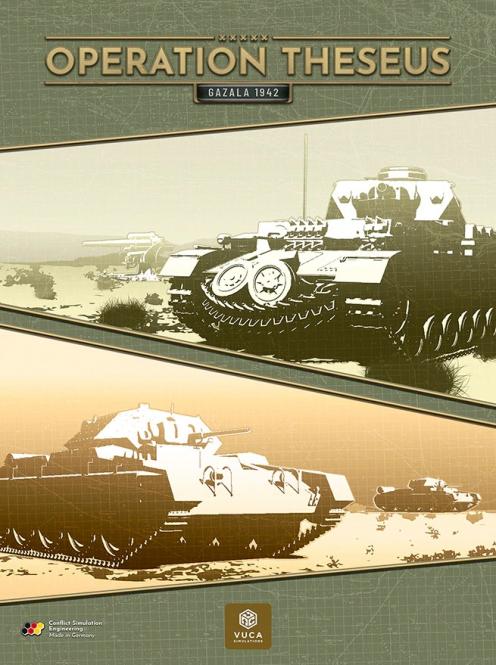 Operation Theseus - Gazala 1942 is an operational level simulation of the Gazala battles of 1942, which took place during May and June 1942.

The game is intended for two players but is also suitable for solitaire and team play. The goal for the Axis player is to hit the Commonwealth forces hard and to seize specific victory locations, thereby opening the door to Egypt. The Commonwealth player wants to prevent this from happening, thereby eliminating the Axis potential for further offensives. The game is played in a semi-interactive way and keeps both players involved all the time...

The following components are included in the game: