Previous product Product 305 of 1287 Next product 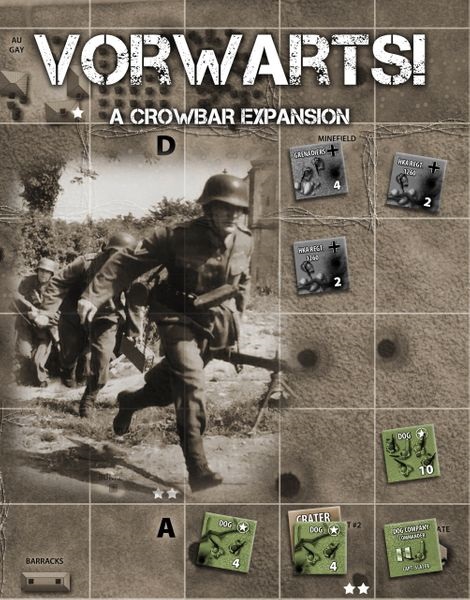 Vorwarts! is a complete, boxed expansion for Crowbar!

The expansion includes a sheet of new counters, including Ranger machine gun emplacements, German offensive units, and much more. Also included are six beautiful new scenarios including a shortened main scenario, smaller scenarios for each of the Ranger companies, and two counterattack scenarios in which you play as the German, counterattacking the Ranger positions. The expansion also comes with a rules booklet and a pretty box to keep it all safe.