Comanchería: Rise and Fall of the Comanche Empire, 2nd Printing

Previous product Product 63 of 268 Next product 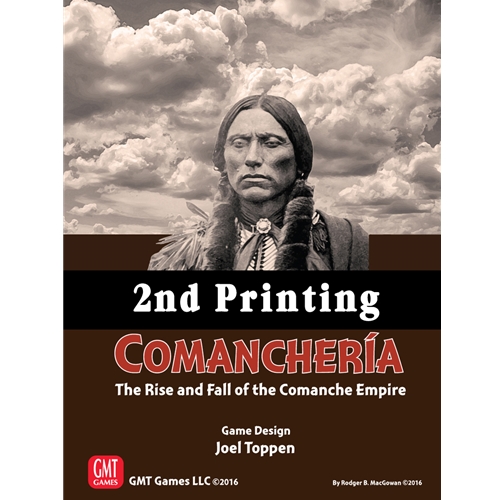 They struck with the ferocity of a thunderstorm on the open prairie. Once they were a relatively feeble tribe, dwelling in the foothills of the Rocky Mountains. Until, that is, they came into possession of horses. And so it was that seemingly out of nowhere, they emerged as an unstoppable force, the greatest light cavalry ever seen in the western hemisphere. They called themselves Numunuu, “the people.” Their Ute cousins called them Kumantsi, “someone who wants to fight me all the time.” The Spanish called them, “Comanche.”

Between 1700 and 1800 these “lords of the southern plains” carved an immense empire stretching from modern-day Kansas, to the Rio Grande, and from the Rocky Mountain foothills of Colorado and New Mexico, to east Texas.  For a century and a half, the Comanche played one colonial power off one another, collected tribute, and dominated trade over a vast swath of North America that became known as “Comanchería.”

Comanchería – The Rise and Fall of the Comanche Empire is Joel Toppen’s second game design which tells the story of the First Nations people of North America. Like Navajo Wars, Comanchería is a SOLITAIRE game in which the player plays the role of the Numunuu, the Comanche people.

Using mechanics similar to Navajo Wars, Comanchería challenges the player to conquer and control the southern plains of North America. It won’t be easy, however! Aggressive northern tribes like the Osage, Pawnee, Cheyenne, and Arapahoes will challenge your dominance of the hunting grounds. The colony of New Mexico has expansionist ambitions from the west. To the south lies Mexico and its new colony of Texas. And to the east lies the greatest threat of all: the United States of America.

Heavily outnumbered by the colonial powers, you will need to use your superior mobility and tactical prowess to conquer and then maintain your empire against a relentless tide of hostile encroachment. Along the way you will witness historical events like the opening of the Santa Fé Trail, the Indian Removal Act, the founding of the Texas Republic, and the American Civil War from an entirely fresh perspective: through the eyes of the Lords of the Southern Plains!