Previous product Product 38 of 55 Next product 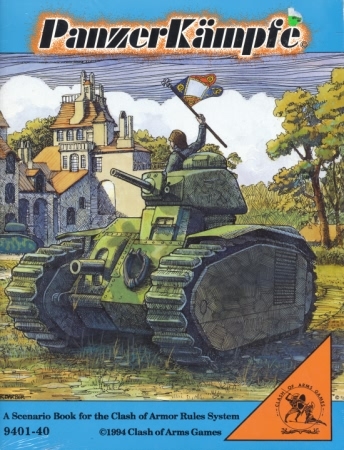 PanzerKampfe consists of eight scenarios designed for the Clash of Armor miniatures rule system. Five of the scenarios feature division level or greater combat. Chronologically they span from 1941-44. Geographically they cover the Eastern Front (2), North Africa (1), and the Western Front (2). Also included are three "mini" scenarios that simulate regimental level combat on both the Eastern and Western Fronts, ideal for tournament play. Each scenario has a detailed full page map, order of battle, and all combat charts necessary to play.