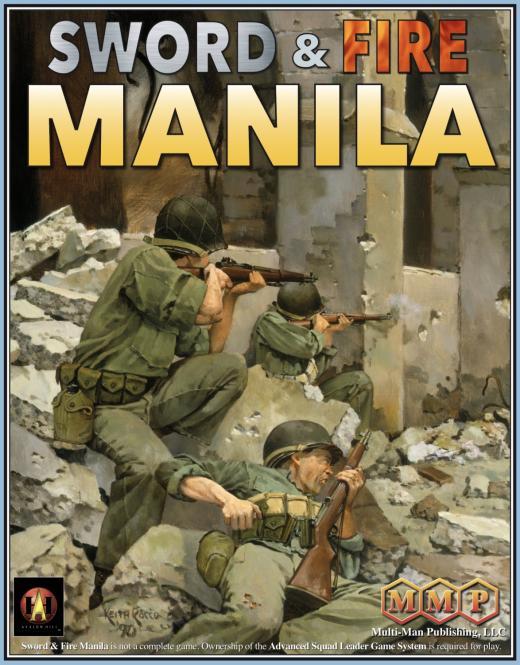 Manila, on the Philippine island of Luzon, was known throughout the world as "The Pearl of the Orient" for its lush gardens, modern buildings, and vibrant nightlife. It was also a strategically critical naval base, featuring the largest deep-water port in the Pacific. With the fall of the Philippines in 1942, the Japanese turned Manila into an enormous supply depot serving as a hub from which supplies could be shipped to bases across the Pacific, all the while ruling the Philippines with an iron fist. After more than two years of brutal Japanese occupation, General Douglas MacArthur "returned" to the Philippines in October 1944 at Leyte Gulf. In January 1945, the Americans invaded Luzon. They reached the outskirts of Manila in the first week of February and prepared to assault the city. The Japanese commander of Manila, Admiral Sanji Iwabuchi, had no grand plan for victory; just a fight to the death, taking as many American lives as possible.

Sword and Fire: Manila is a Historical Advanced Squad Leader (HASL) module covering the month-long American effort to wrest control of "The Pearl" from the Japanese. Arrayed against the attackers was a mixture of veteran Japanese Marine and Army units and inexperienced Naval units composed of sailors, aircraft crewmen, and conscripted laborers with little or no formal ground combat training or experience. They were well-equipped with numerous machine guns as well as anti-aircraft guns ranging from 12.7mm to 120mm. They would fight for every building, every courtyard, and every garden as the defenses fell back upon the ancient walls of Intramuros. Built by the Spaniards in 1571 as a fortress town, this walled city would be Iwabuchi’s “Alamo”.

Sword and Fire: Manila features rules for the city's unique terrain types such as Multi-Material, Adobe, and Steel-Walled Buildings; Stone Monuments; Bomb Craters; the many detailed elements of Intramuros; and a host of others. Twenty-five scenarios and five Campaign Games (CG) – ranging in size from 6-15 CG Dates – are played out on the six map sheets depicting the city.