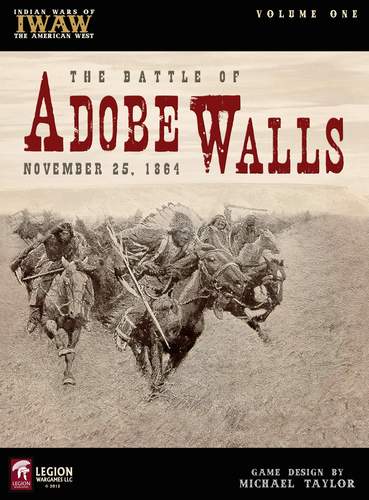 The Battle of Abode Walls. Also known as the First Battle of Adobe Walls (November 25, 1864), it was one of the largest battles between U.S. and Great Plains Indians.   Kit Carson was given command of the US forces, and his mission was to find the Comanche and Kiowa winter camps and eliminate this threat to the settlers that were moving into and through this area of the Texas panhandle.

Adobe Walls shares many similarities with Little Bighorn.  The battle features a famous US leader in Kit Carson, attacking a large Indian camp along a river with a much smaller US force. He is also temporarily separated from the pack train, and the size of the Indian force was greatly underestimated. Adobe Walls adds a new weapon to the series, the Mountain Howitzer. Although short in range it was a very powerful weapon and it had a huge psychological impact on the Indian warriors who faced it.