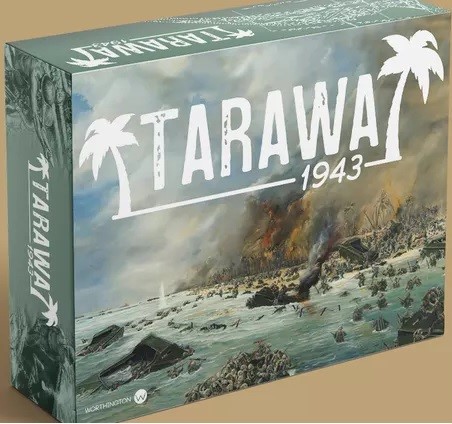 You must adapt, overcome and improvise as the Japanese are going to fight to the end.  Japanese defenses, overlapping fields of fire, bunkers, trenches, will present enormous challenges to your Marines. Infiltration of the Marine positions, snipers, and relentless banzai attacks will wear on the cohesion of your battalions as you rapidly try to secure the island.

"In sunny tropic scenes; You will find us always on the job - the United States Marines." - The Marine Hymn

Victory is achieved by taking the island as quickly as possible while minimizing casualties. This was the first invasion of the US island hopping strategy and high losses or a prolonged fight could have led to a cancellation of the island hopping campaign. The game is on a unique underdone topic, island fighting in the Pacific. Using a simple, fast moving system, you'll be in and fighting within 15 minutes of opening the rules. The game requires minimum setup and breakdown (always a pleasure).

Combat and movement activation is from position to position along the arrows.  Normally only markers from one side or  the other may be in a position, however, Infiltration may allow Japanese markers to move into USMC occupied positions, at which point they must be eliminated to allow further activations.

Each position has an area for up to 3 markers, a movement/attack arrow/ a position priority # (in red) and the position name. Red Beach 1 (position 1) is a tough nut to crack.

The USMC cards add to the USMC players options, some add dice as support to attacks, some allow the adjustment of a die face, some allow multiple battalions to activate, however "bad intelligence" will slow your drive and allow the Japaneses AI a double activation.