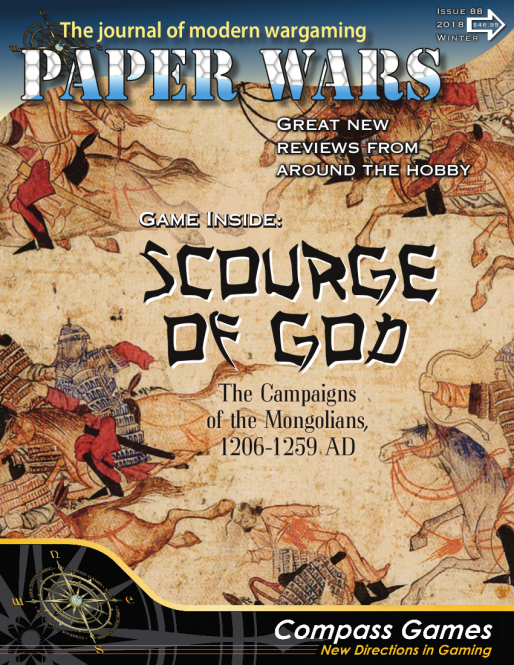 A mainly solo player depiction of the result of the consolidation of the Mongol tribes by Genghis Khan and the resulting 50 years of conquests that created an empire of the Steppes and brought Mongol horsemen across China to the East and into Poland to the West. The Mongol player is the active player, with the Empires player almost entirely reactive. The Mongol player must balance make his conquests in a race against the clock and scarce resources.