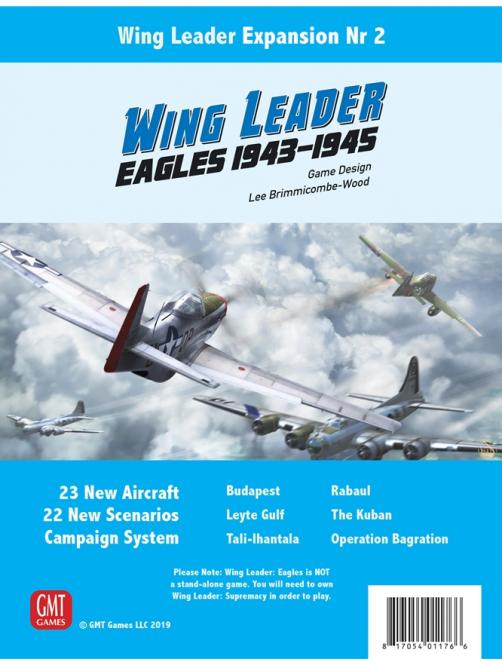 New Aircraft will also include the German Me 210 and He 177, the Soviet Yak-3, Yak-9U and La-7, the Japanese Ki-44 and Ki-100 fighters, as well as key late-war Swedish aircraft, including the J 22, B 17 and B 18. Counters for Finnish and Hungarian fighters make their debut in the game.

Players will need a copy of Wing Leader: Supremacy 1943-1945 to play Wing Leader: Eagles. In addition to new aircraft and scenarios, Wing Leader: Eagles features a new campaign game, which recreates the 5th Air Force campaign against Rabaul in late 1943. The campaign comes with its own 11 x 17” campaign map, and will confront the American and Japanese players with tough decisions on targeting, force planning and raid execution in the lead-up to the invasion of Bougainville.