Lords of the Sierra Madre 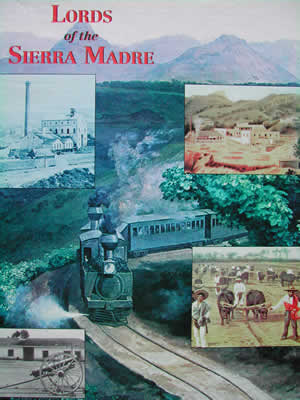 Northern Mexico, 1898 - An economic boom, a dictator that encourages foreign investment, and wide-open land--the stage is set for one of the greatest capitalistic free-for-alls in history! In Lords of Sierra Madre, 2-8 players take the roles of haciendados (great land-owning entrepreneurs). Players vie to build economic empires of railroads, mines, ranches and other businesses to earn profits, however this is not a simple empire or railroad game. Players may employ bandidos, strikers and other sneaky maneuvers to tax, bribe, raid and destroy the best laid plans of their opponents. There are also local police, federal troops and the U.S. Army to help keep the peace, but watch out!. Someone may be planning a raid or war to steal your gold or destroy your hard earned business. Players may even try to gain political control of the states and countries by running for Governor or even President, but don't forget, there are also assassins! Each turn, players have the opportunity to acquire new businesses by starting a bidding war, and then investing to build their businesses into profit producing operations. Revolutionaries and other political leaders, like anything else in the game, are bought, sold and unleashed in the quest for the almighty gold eagles. New cards enter play every turn, and include items, businesses or influence for sale as well as special events suck as Klondike Gold Strike. Victories go to the player who survives to the end with the most gold.