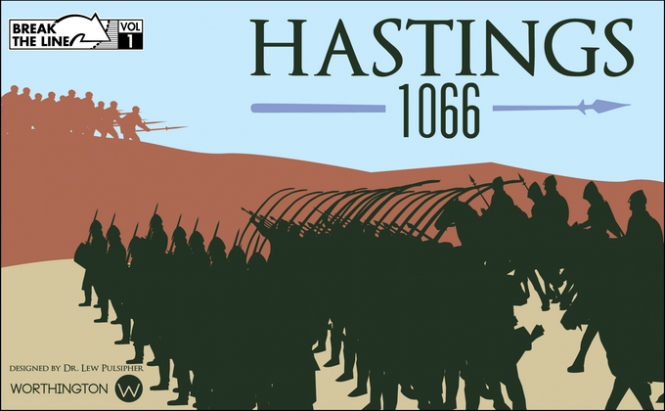 This game is part of the Break the Line Series. This fast playing card game for 2 players lets you refight this important battle from history.

Two players battle each other by aligning their cards that represent their troops into battle columns. Your choice of battle formations will decide who wins the field that day. The Saxon player's army is led by Harold Godwinson (King Harold II). While the Norman's army is led by William of Normandy, later known as William the Conqueror because he was lucky enough to survive and win the battle. Will you be so lucky?

54 Cards broken down as follows: