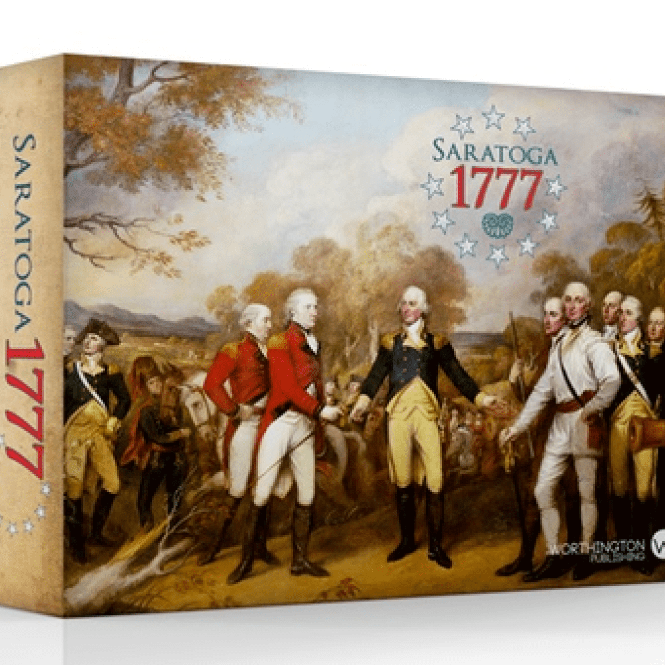 New terrain, river movement (reflected in blue roads) vs. brown roads limit how many units can use the road. A holding box to reflect British General Clintons movement towards Albany may draw off American regulars desperately needed to block British General Burgoyne’s advance.

New elite American units reflect some of the back woods specialist such as Morgan, Deerborn, and Warner. American General Arnold is provided to lead the American charge, but be careful using him as he can be hit and removed from the game. Regulars, militia, artillery, and the leaders round out the American lineup.

The British are back with their redcoat infantry, Hessian mercenaries, artillery and leaders. A new twist for them is the native Americans who can hit and run without pursuit, but they only hang around for one round of battle so knowing when to put them in is critical.

WHAT’S IN THE BOX FOR SARATOGA 1777: You get a beautiful hard mounted game board showing the area in upper New York, New Hampshire Grants (Vermont) and Massachusetts, over 70 blue and read wooden blocks, labels for those blocks, rules, battle board for fighting your tactical battles, and dice.