This online shop is using cookies to give you the best shopping expierience. Thereby for example the session information or language setting are stored on your computer. Without cookies the range of the online shop's functionality is limited. If you do not agree, please click here. x
You are here: / via_US_office

Previous product Product 35 of 39 Next product 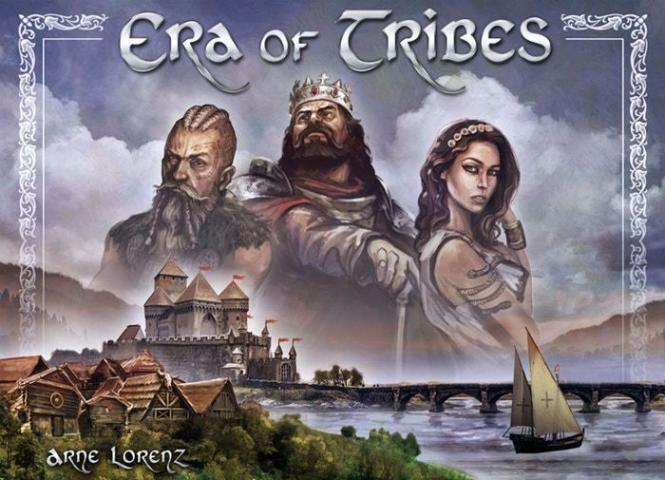 Europe at start of the early Stone Age. The human population is scattered all over the continent and lives in lone hamlets or small villages. You represent the clan chief of a dynasty. And your big dream is: to become the ruler of a vast empire.

However, to reach this goal, there is a long journey. Your subordinates have to strengthen you faithfully and your armies have to be more advanced and stronger than those of your enemies. You have to conquer areas and found colonies to receive resources and luxury goods. You have to maneuver skillfully on political level and use scientific progresses to its maximum value. If you are successful, you will become the supreme ruler of the whole known world.

Objective of the Game:

Your objective is to get the most Influence Points (IP) at the end of the game. To reach this goal, you have to develop your empire with help of your aristocrats. Use them alternately by placing them in the different chambers of your palace where they can help you in quite different manners:

The chamber for "Progress" allows you to discover new improvements which enables you to construct more cities, to improve your strength, to gain more influence, to raise the moral of your population, to enhance the effectiveness of your farmers, to execute navigation, or to improve your trade.

The chamber "Bread & Circuses" allows you in combination with luxury goods to increase the morale of your people. Finally a "Revolution" allows you to ascend into the next higher epoch if you met the conditions for this raise.

You gain influence by different actions during play, and by Influence Cards which are distributed secretly at start of the game. These cards will be evaluated at the end of the game and will add additional influence if you have fulfilled their conditions. Furthermore there are some aspects which will give you additional Influence Points after finishing the game. As said before, the player with most IPs will win the game.

Era of Tribes is a Strategy Game for 2 - 4 players