This online shop is using cookies to give you the best shopping expierience. Thereby for example the session information or language setting are stored on your computer. Without cookies the range of the online shop's functionality is limited. If you do not agree, please click here. x
You are here: / Tags / AMERICAN WAR OF INDEPENDENCE
Back to overview

Previous product Product 6 of 21 Next product 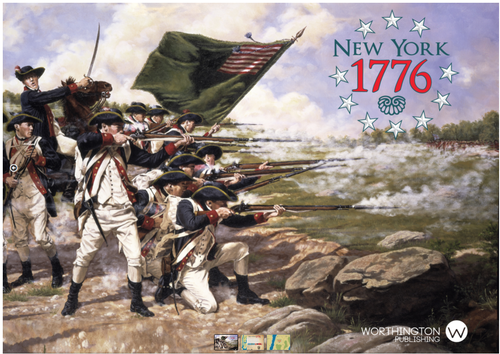 New York 1776 is our first volume of the American Revolution Campaigns series.  It is strategic in scope with battles tactically carried out on a battle board.  Wooden blocks are used for fog of war.  This campaign involves point to point land and water zone movement.  Group movement can only be done with commanders and some commanders can move faster than others. The British win by capturing Washington or reducing his army and holding New York City at the end of the game.  The Americans win by avoiding British victory or reducing the British army to less than 20 strength points.  Quick playing, deep strategy, and battles that show the weakness of militia facing trained professionals.