The Road to Cheren

Previous product Product 388 of 868 Next product 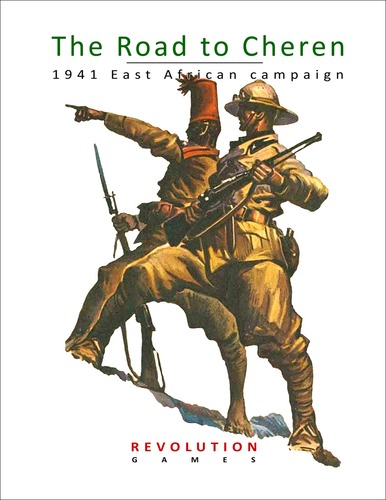 The road to Cheren is our new game covering the Eritrea campaign in East Africa in 1941. The campaign featured British and French forces versus the Italians in a wild and mountainous country. Cheren is a game where the movement of each piece is critical. After movement your opponent may react but with only a few units, making player decisions difficult; do I go to the aid of a unit likely to be attacked or use my reaction to push troops forward in an area where I am on the offensive.

After combat there is exploitation movement. Only motorized infantry, tanks and cavalry may exploit and are scarce in this campaign. In addition there is a very nice chit pull system to give both sides some special abilities and keep the enemy guessing as to what comes next. Finally some Italian native units may decide to join the Allies, or they may stay loyal, which creates extra tension in the game.