Previous product Product 20 of 24 Next product 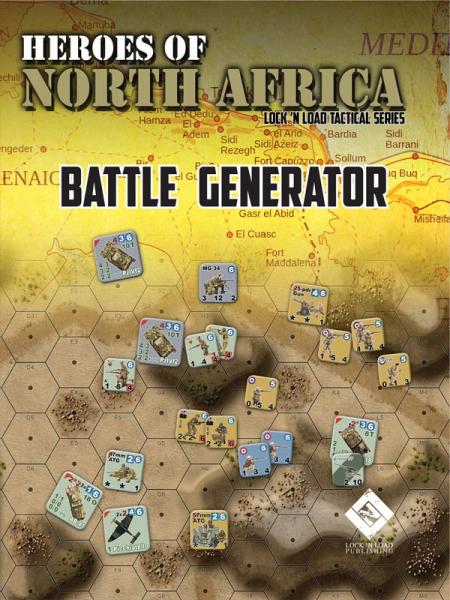 Heroes of North Africa Battle Generator puts the power to create scenarios and engagements into the player's hands, allowing you to get the most out of your game as you go from scenarios we built to charting your own course.  Since it’s inception, the Lock ’n Load Tactical Series has been defined by two things: its innovative rule set and its engaging scenarios.

This generator is based on a point system defined by the size of the battle you want to play and then modified up or down by the variables of the battle. This means that you get to the action fast.  The Battle Generator comes with player aid cards with all the forces in the game and the points needed to purchase them.

The Battle Generator can be used in whole or just the parts you want to play with.  Play the forces you want when you want.

Requirements: Heroes of North Africa is required to use this product.