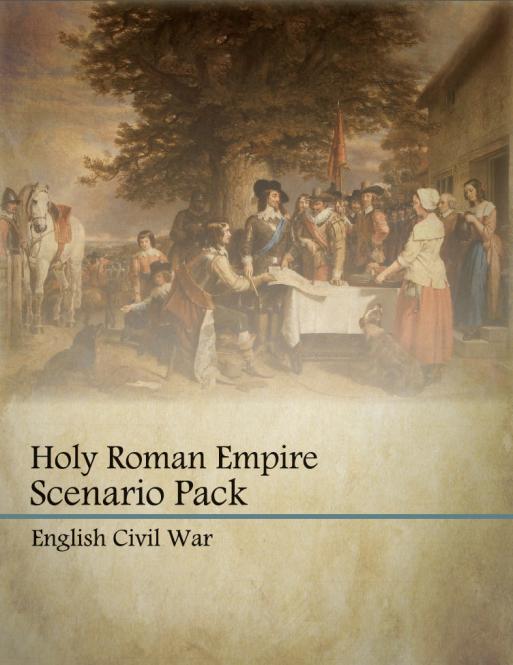 The English Civil War (ECW) Scenario Pack is intended for use with the tactical battle map and Battle Board Rules that come with Holy Roman Empire. Just like its cousin, the Thirty Years War Scenario Pack,this expansion is designed to allow players to set up and game historical battles from the period. This is a game, not a simulation, and while intended to provide an insight into the struggles of the era it is meant to be fast, fun, and challenging rather than an in-depth recreation of events. This pack covers selected battles of what is known as the First Civil War, from the first major engagement at Edgehill in 1642 until the kingâ€™s decisive defeat at Naseby in 1645. The designer hopes that playing these scenarios will generate interest in the history of the period and will encourage gamers to read more about the era both for education and entertainment.

A half sheet of die-cut mounted playing pieces is also included, as is version 1.5 of the main Holy Roman Empire rule book.