Previous product Product 16 of 24 Next product 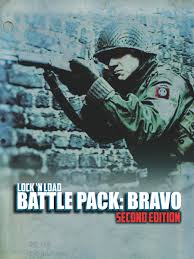 Scenarios take place from Normandy to the Hurtgen Forest, at Monte Cassino and Anzio. Take part in daring prisoner rescues, slash through Normandy's Bocage with Culin-mounted Shermans, fight for Cauquigny and the La Fiere Bridge on D-Day, take on a retreating group of SS--including a Tiger--in Noville, and take the towns of Strass and Gey, Germany, on the edge of the Hurtgen Forest.