Previous product Product 931 of 1285 Next product 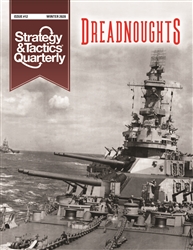 Dreadnoughts – Big-Gun Era of Naval Warfare: Few weapons have come and gone so precipitously as the modern battleship. HMS Dreadnought, launched in 1906, instantly made every other battleship obsolete. Though only a single major dreadnought battle was ever fought, at Jutland in 1916, the race continued after the Great War. The sheer expense drove the leading naval powers to the conference table to limit the size of ships and fleets, providing an opening for pariah nations, the soon-to-be Axis, to leap ahead in battleship design, only to be overtaken by greater Allied shipbuilding capacity and the maturation of the aircraft carrier.