Previous product Product 768 of 1295 Next product 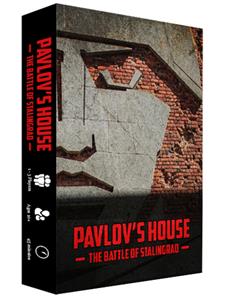 Modes of Play
Solitaire:
In the solitaire version of the game, you take control of the defenders of Pavlov’s House. You also control the key leaders throughout the Soviet 62nd Army.

Competitive:
In the competitive mode, a player takes the role of the German attackers. They can player against one or two players controlling the Soviet side.