Previous product Product 487 of 848 Next product 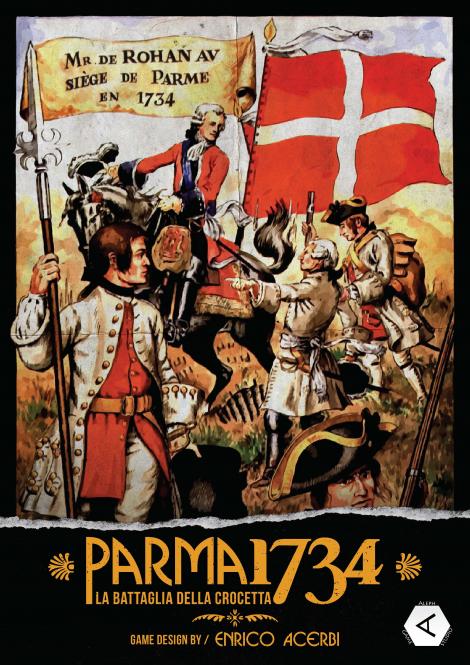 Parma 1734 (War of Polish Succession – Italy) is a two-player simulation of XVIII century warfare at tactical battalion level.
The system is called “Discipline & Command” and it’s based on two concepts:
– every unit has only a Discipline value that is used to fire and shock
– the army is organized in Wings with its own leaders; each Wing will activate in an order decided by the player.
It’s a not complex game with a battle scenario and a little introductory scenario for the vanguards’ fight near La Crocetta.