Previous product Product 474 of 1255 Next product 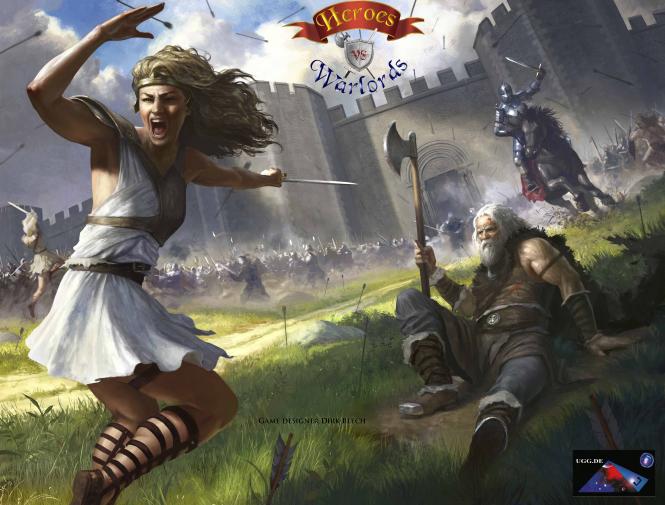 Heroes vs Warlords is a fantasy wargame for 2 or 3 players that simulates the struggle between Amazons, Barbarians and Knights. Each player takes over the roll of one these three races. There are also some Neutrals, which guard the treasures of the world (gold edged hexes).

Heroes vs Warlords is about the eternal struggle for supremacy on the Pangea world. Pangea is inhabited by tribes of clever Amazons, mighty Knights and wild brutal Barbarians. The world of Pangea is unexplored. Vast lands where no civilized souls have ever been before is waiting for you. Are you up to the challenge?
Will your hero’s army gain new riches for your empire and crush the enemy hordes?
Or will you succumb to the terror of the monsters that hide in various towers, ruins, and mines?

Heroes vs Warlords will contain probably:

16 - 24 Terrain Tiles (depending on success on kickstarter)