Previous product Product 306 of 1284 Next product 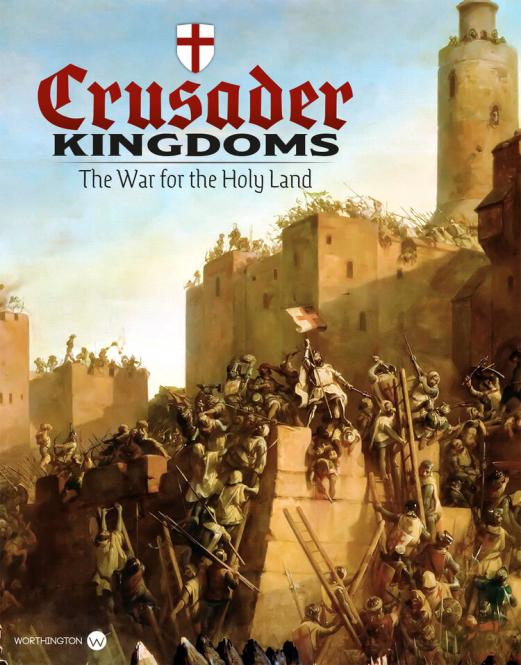 Crusader Kingdoms is a game for 1-4 players set in the era of the Crusades, where each player controls one of Outremer’s main Christian or Muslim kingdoms, with the goal of expanding it through intrigue and conquest.

Designed by Jesús Peralta, there are four different games between the 1st, 2nd, and 3rd Crusades. The game allows cooperative, competitive, and solitaire game play.

With easy to understand rules, you'll be up and playing within 20 minutes of opening the box.  No two games will play the same since certain cards that appear change from game to game.  With multiple Crusades and Saladin's campaign, the game has immense replayability.

Comprised of two decks, one Muslim and another Christian. They can be of three types:

There are two maps included in the game. Both maps are divided into regions that have a number inside a shield to indicates its Region Defensive Value.

The game is divided into 3 turns, with multiple player actions. Each turn has the following sequence:

Winning the Competitive Game
The game can end in two ways:

SOLO and Two players CO-OP Game
In the solitary version, the player controls the forces of the 1st Crusade, who try to make their way to Jerusalem. The 2 players’ cooperative version is set in the 3rd Crusade.

Muslim BOT Game Rounds
Muslims alternate rounds of play with the crusaders as if they were a player. Each round, they reveal the first card from the hand they drew that turn.

Winning the SOLO and CO-OP Game
At the end of the last turn, the Crusaders win victory points for based on regions they control: