Previous product Product 47 of 840 Next product 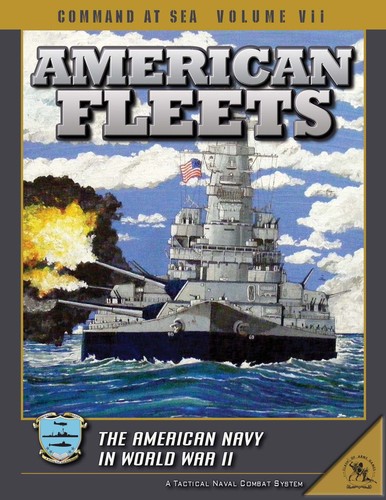 For the first time statistics for US ships and aircraft, and all their weapons and sensors are available in Command at Sea 4th Edition standard.

"American Fleets" includes over 250 ship classes and over 190 aircraft, many of which have not appeared in print before. All earlier listings for these ships and aircraft have been reviewed and updated to include information from newly available references, and great strides have been made in reconciling conflicting or incorrect sources.

Damage data and other game-related information has also been updated to the Command at Sea 4th edition standard. More than making the information compatible with Command at Sea, the data is now in the same format and uses the same standards as "Harpoon" and "Fear God & Dread Nought;" the other core games in the Admiralty Trilogy.

All ships and aircraft extant from 1939 to late 1945, including several projected and/or
hypothetical platforms are also here, such as the first South Dakota (BB-49) and the P-75
Eagle. Late or post-war platforms include the Montana and Midway classes, as well as the
P-80C Shooting Star and the B-32 Dominator.

"American Fleets" is the most detailed and exhaustive listing of US ships, aircraft and
systems available today."