Previous product Product 138 of 289 Next product 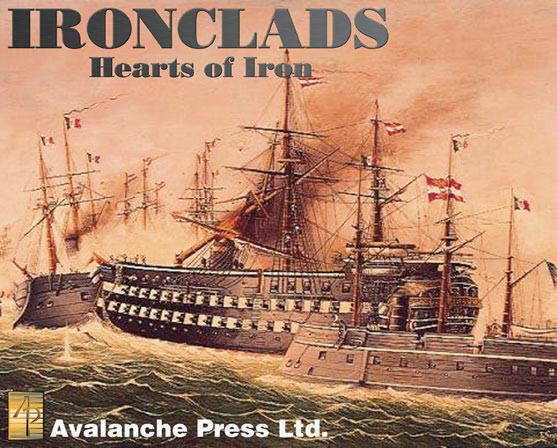 In the summer of 1866, the Austrian fleet fought the Italians in the first open-sea battle between ironclad fleets, at Lissa in the Adriatic. An Austrian victory, it prevented Italian seizure of the strategic island of Lissa.

Hearts of Iron is loosely based on our Great War at Sea series of games; the “search” part of the game is very similar. There is an operational map of the Adriatic and central Mediterranean. The tactical part of the game is more detailed, with armor (or lack of it) and ship design playing a much more crucial role.

In addition to the Austrian and Italian fleets, there are the American Mediterranean Squadron that the Austrians believed would fight alongside the Italians, and the Turkish European Fleet that entered the Adriatic to support Austria. Plus the British Mediterranean Fleet and a large French contingent.

As with all of our naval games, there is a wide variety of both operational and battle scenarios, based on extensive archival research into the original reports and dispatches.