Previous product Product 18 of 53 Next product 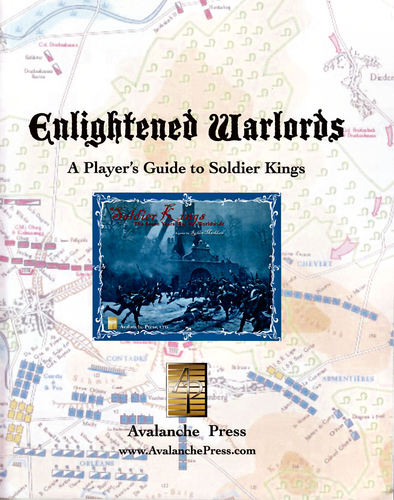 A Player’s Guide to Soldier Kings

The Seven Years’ War lasted for seven years in Europe, and a little longer everywhere else. Two implacable, interlocking conflicts — Austria vs. Prussia and Britain vs. France — convulsed Europe, India, North America and other regions in the most expensive war the world had seen to date.

National Aspirations. Austria can win the game by capturing Martinique — but Maria Theresa wanted Silesia, not some Caribbean island, no matter how valuable it might be. Each Major Power receives a new set of national objectives unique to itself and usually conflicting with someone else’s goals.

Pre-War Options: Habsburg Spain, the Maratha Empire, Bonnie Price Charlie. How would each of these unusual events have impacted the next generation?

And Lots More Options: Tropical diseases, national finance limits, supply, capital cities and on and on.