Previous product Product 37 of 63 Next product 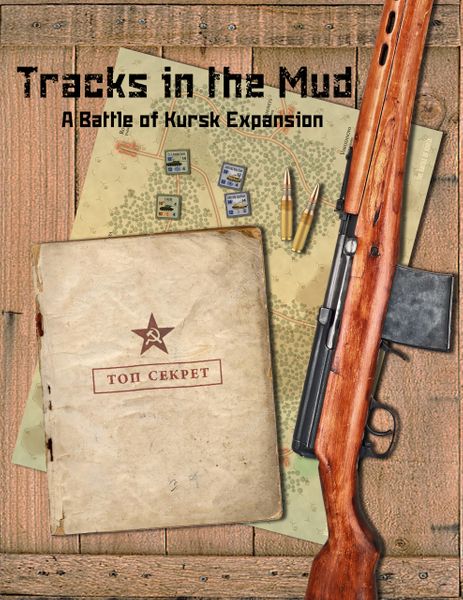 Tracks in the Mud is a boxed expansion for Platoon Commander Deluxe: Kursk. The expansion includes a new sheet of die-cut counters, including Jagdtigers, King Tigers, Jagdpanthers, T-34/85, and IS-3, to name but a few. There is also a new, 22" x 17" mounted mapboard, and several new scenarios, all packaged in an attractive box.

Better still, two of the included late-war scenarios pit the Americans against the Soviets in the interesting, what-if scenario that Patton Imagined. What if we had continued the war into Russia? These scenarios utilize American counters for Pershings, Easy-Eight Shermans, and infantry.