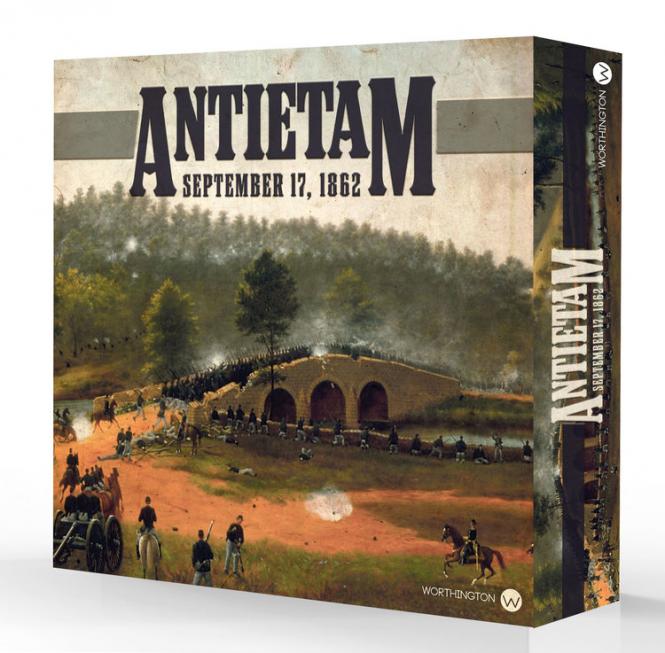 What does that mean to you? ANTIETAM 1862 is Volume I in Worthingtons Civil War Brigade Battle Series. With streamlined mechanics the series rules, and battle specific rules, gamers can refight the Battle of Antietam in 3 to 5 hours .

Each infantry and cavalry piece is a brigade with each strength point 100 men, color boxes surrounding the strength show morale of green, veteran, or crack.  Each artillery piece strength point represents 2 cannon.

HARD MOUNTED! Historically detailed game board at 250 yards per hex.

Based on extensive research of the order of battle, the counters accurately reflect the armies of North and South.

This game will provide countless replays and hours of enjoyment to history buffs trying to see if they can recreate, or change history.

Outnumbered at almost 2 to 1, can the Confederate player hold back the Union army. With their back to the Potomac, a victory here could successfully end the American Civil War for Robert E. Lee and the Confederate army.

The Confederate legions have marched north looking for a fight, and now they have one...