Hammer of the Scots Deluxe 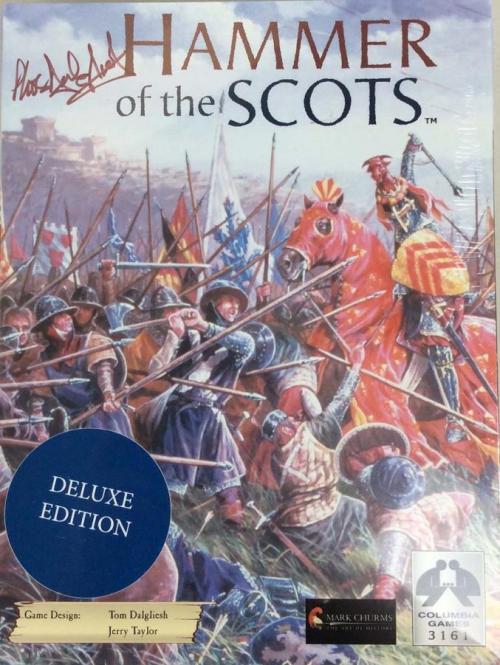 Hammer of the Scots brings the rebellion of the Braveheart, William Wallace, to life. As the English player, you seek to pacify Scotland by controlling all the important noble lords. The Scottish player also seeks the allegiance of nobles to support a difficult struggle for freedom.

Hammer of the Scots will give you many hours of entertainment and insight into this fascinating period in history.

Hammer of the Scots is now in its third edition with a new map and artwork.

Hammer of the Scots is an award winning wargame. It has received top marks from reviewers at:

Hammer of the Scots has won the International Gamers Award (2003).

A simple but deep game system joins with attractive components and historical flavor to create a wargame that anybody could enjoy.