This online shop is using cookies to give you the best shopping expierience. Thereby for example the session information or language setting are stored on your computer. Without cookies the range of the online shop's functionality is limited. If you do not agree, please click here. x
You are here: / By Manufacturer / U&P Games
Back to overview 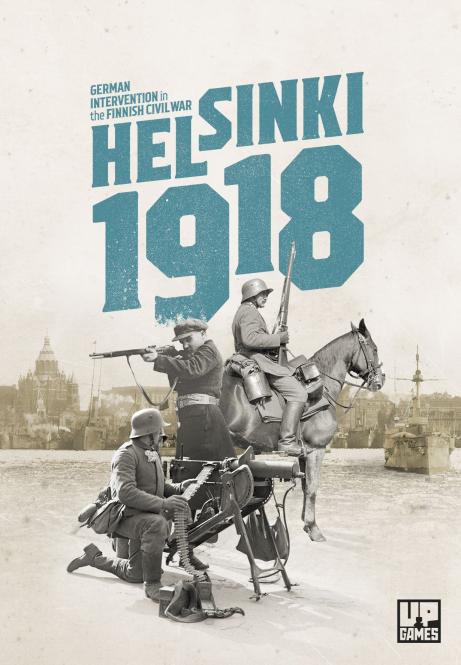 A few months after Finland made its Declaration of Independence from Russian rule at December of 1917 a civil war broke out between Finnish Reds and Whites. The paramilitary Red Guards formed by the worker class took control of Helsinki on the 27th of January 1918. The Senate fled from Helsinki and declared the White guards as their official troops.

On the 3rd of April 1918 the German Baltic Sea Division landed in southern Finland. By the 11th of April they had reached the outskirts of Helsinki and their commander Rüdiger von der Goltz launched an attack to conquer Helsinki. The Russian Navy had a significant naval base and fortifications in Helsinki, but respecting the Treaty of Brest-Litovsk they left Helsinki and did not take part in the battle. The Red Guards made a hasty decision not to surrender but to defend Helsinki. The White Guards had built their own underground paramilitary organization and were waiting for the right moment to take control of the centre.

Helsinki 1918 is a hex wargame for three players. The game offers a historical representation of the Battle of Helsinki between 11th and 13th of April and covers the whole battle from the outskirts to the centre of the city. Each hex represents an approximately 300 meters wide area and each unit represents a company sized force.

The German player must execute a well-planned advance to defeat the Reds and avoid high casualties especially in skirmishes on the streets of the centre. The Red player’s focus is to maintain a high fighting spirit and recruit new groups to reinforce the defence. Meanwhile the White player must wait for the right opportunity to deploy their hidden troops onto the streets of Helsinki.